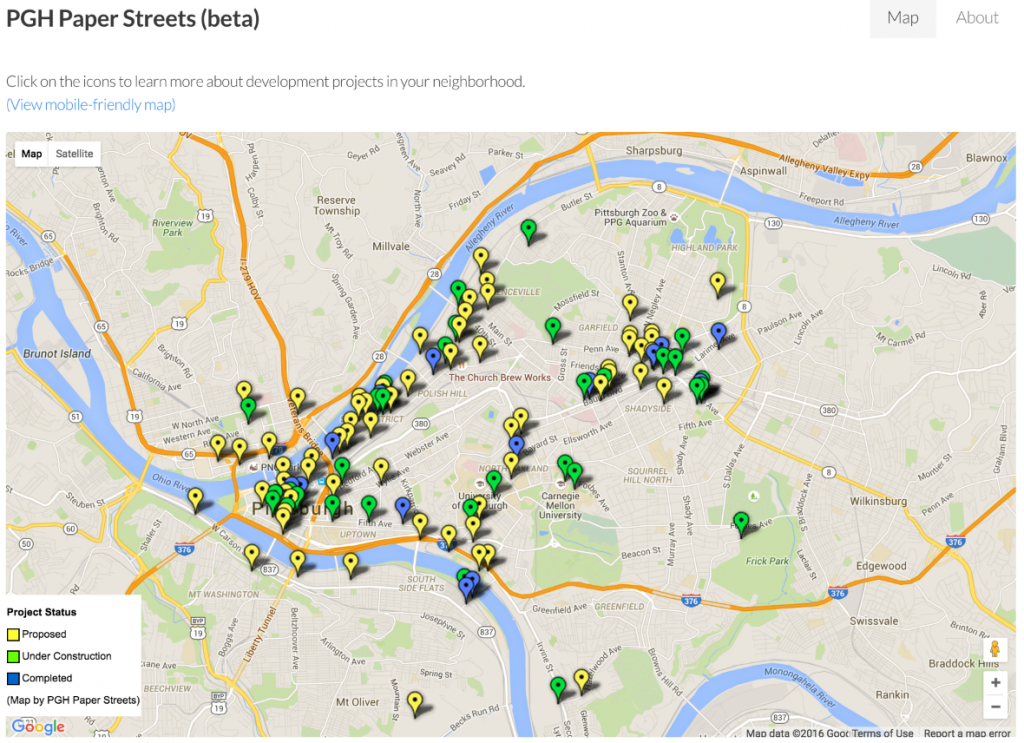 I’ve been living in Pittsburgh for around 3 years now, and have been continually amazed at how fast the city is changing—every other day, it seems, some developer announces a new residential project or office building or retail/restaurant space (or, frequently, a mixed-use project combining all of the above).

There are so many projects, in fact, it’s almost impossible to keep track of what’s going on. When I lived in Denver—another city that went through a development boom—I found myself turning, again and again, to Denver Infill, a map/blog that tracked development projects.

Since there was no equivalent here in Pittsburgh, I decided to create one myself: PGH Paper Streets.

As of now, it’s pretty simple—just a map charting projects from proposal through construction and completion. Each icon contains links to key information like project details, the developer’s name, the neighborhood and address, a link to recent media coverage, and, when possible, a link to the specific project site. I’d eventually like to build it out into a full blog/mini-media site, but that’s a little ways down the road.

Anyway, check it out! Folks on social media seem to like it, and the Pittsburgh City Paper was kind enough to recently write a story about it.

Note: PGH Paper Streets was a short-lived experiment; shortly after launching it, I started full-time at WESA.

Can Pittsburgh’s New Police Chief Save the Bureau?